If you think that ADHD (Attention Deficit Hyperactivity Disorder) is becoming more prevalent, you are not wrong. It is certainly being diagnosed more often, and affects up to 10 percent of children in our classrooms.

ADHD is a psychiatric condition affecting a child's self-control, leading to impulsive behavior, trouble in school and with relationships, and with performing tasks in general. While ADHD also affects adults, it is mostly diagnosed in children and is often first noticed by teachers.

ADHD also happens to be a specialty of recognized pediatrician Dr. Emmett Francoeur, developmental physician with the Montreal Children’s Hospital, who spoke on the subject to a crowd of mostly teachers and parents at the Eleanor London Côte Saint-Luc Public Library on September 14, 2016.

Dr. Francoeur, suffering from laryngitis, but in good spirits, started his presentation ADHD, TED talk style by making it clear that ADHD is a neurobiological condition and that "it is not the invention of teachers or parents who are at their wits end." In fact, Dr. Francoeur clarified that there are anatomical differences in the brains of ADHD sufferers that can be seen in MRI tests.

He explained that ADHD affects the executive functions of the brain. He listed a variety of technical terms for these, such as the "mental energy controller", "the processing control part", and "saliency determination", which boil down to the brain being able to understand, organize, and prioritize the information it takes in and act accordingly. "Someone with severe ADHD can walk into a classroom like it is their first time, even when it is November or December," said Dr. Francoeur. "Executive functions don't work efficiently for people with ADHD."

Dr. Francoeur emphasized that diagnosing a child with ADHD is not straightforward. "There has to be due diligence as to whether a child has ADHD," he said, adding that there are 2,000 faces of ADHD. Other conditions and medical reasons have to be ruled out. There is no substitute for, what he says, are "asking the questions".

These questions are actually the diagnostic criteria for ADHD in the psychiatric manual DSM-V, which describes three variants of the condition: the inattentive type, the hyperactive compulsive type, and the most common which combines symptoms of the first two.

Jonathan Wexler is a Montreal area writer with extensive experience in the technical communications field. 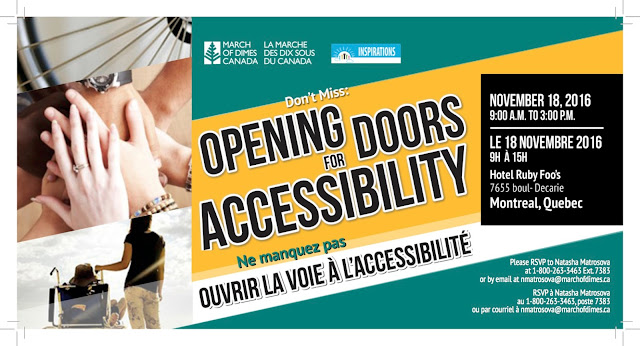 On September 25, the Canadian Friends of Ben-Gurion University of the Negev welcomed Dr. Ilan Dinstein to the Shaar Zion Synagogue as part of their fifth annual Kindle Your Imagination Lecture Series.

Dr. Ilan Dinstein is a member of Ben-Gurion University's Department of Psychology and the Zlotowski Center for Neuroscience. He has established Israel's first major autism research center with the help of additional scientists at the university and physicians in the neighboring Soroka Medical Center. The goals of the research center are to reveal what causes different types of autism and to develop new interventions for the disorder through a better understanding of the genetics, metabolism, brain function, and behavior of one to four-year old toddlers who develop autism.
In his presentation, titled Cracking the Autism Puzzle, Dinstein explained that he sees autism as a puzzle involving different sub-groups of people with varying symptoms, and as such, is moving away from the idea of an autism as a spectrum.

Dr. Dinstein and his dynamic team are creating a unique autism database in Israel, and are using a variety of technical methods to gather information, such as genetic testing, EEG testing, and soon, even using fMRI. Like in some other cutting edge centers around the world, they also use eye tracking and even XBOX Kinnect cameras which are able to track up to three people in the room for the repetitive and restricted movements typically seen in children with autism.

The location of Ben-Gurion University, situated across the street from the Soroka Medical Center, provides an ideal site for this research. The Negev comprises 70 percent of the country's territory and is home to about one million people, mostly a heterogeneous Jewish mixture and a sizable population of 200,000 to 300,000 Bedouins. 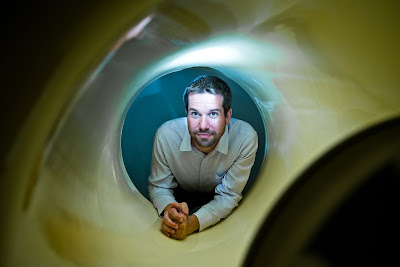 Dr. Dinstein stressed a number of things which distinguish this Israeli effort,  from the Bedouin component which provides some unique genetics in their high rate of inter-familial marriage, to the fact that most kids being tested were actually born at the same Soroka hospital where the tests are taking place. "It is a win-win situation," he said, explaining the close relationship many of the parents develop with the clinical team and stressing the wealth of maternity ward information this bring to the study. Dr. Dinstein also stressed the emphasis the lab places on the brain as oppose to behavioral testing.

"Autism is probably many different things," said Dr. Dinstein. “It is actually quite tricky to define." It was once thought that a single gene could be the cause, but now researchers are looking at a pool of 300 to 400 genes that could be involved. "Knowing about the genes would help to identify these subgroups," he added.

Dr. Dinstein identified one subgroup of children in particular. "Up to 30 percent of those with autism develop epilepsy," said Dr. Dinstein. "This is the most important project I am involved in because there are tools to deal with epilepsy."

Dr. Dinstein takes much stock in what he learns from parents whose children have autism. "Parents are doing their own clinical trials everyday, everywhere in the world. We are listening to them," concluded Dr. Dinstein.

With that in mind, he hopes that some of the novel testing methods the lab is using could lead to earlier diagnosis and therefore a better chance for intervention. He listed several possible intervention methods to explore, including Cannabinoids (elements of cannabis), Hyperbaric Medicine, and Transcranial Magnetic Stimulation.
The Canadian Associates of Ben-Gurion University of the Negev have raised significant funds from individual donors to support Dr. Dinstein’s research.

Jonathan Wexler is a Montreal area writer with extensive experience in the technical communications field.